Warning: unlink(): No such file or directory in /home/masomen1/kulturklassen.se/wp-content/advanced-cache.php on line 91
 The Gorilla in the room ~ Kulturklassen Hoppa till innehåll

(I write this in english since World News recently has focused on Sweden.)

There’s a video on Youtube of a group of people, throwing two basketballs back and forth. Three of them are wearing white shirts and the challenge is to count how many times they pass the ball. The answer is 15 times. 50% of those who got that right (a little more than the amount of americans who voted for Trump) didn’t see the gorilla that walked right through the room, waved and went out. This is exactly what is happening with Sweden in late february, 2017.

While the info-war is on, even the best go wrong. “Mainstream media” is fighting “alternative thruth media” and in the comments Trump supporters (carelessly regarded as “Rednecks”), fights democrats and liberals, (carelessly saluted as “communists”). Truths are thrown like basketballs back and forth. Everyone’s got a huge pile of them and no one is counting passes.

Barely a week ago, POTUS himself threw the small country of Sweden on all americans, in a place of America where the crime rate is 50% higher than in (still little, still without polar bears in the street, still without the alps:) Sweden.

A claim was made: Sweden was now in the hands of malevolent terrorists. They had come from Syria (a place with no trouble at all except for sending happy-go-terrorists to Europe) and Afghanistan to plan and perform terror. The naive little swede and his lovely, most attractive, center-fold wife, seduced by their inflated little egos and their pathetic will to do good and save the world, had to be informed by POTUS himself that they where in DANGER. Nothing about Trump and EU-countries braking the deal with UN about refugees and Sweden being dumb enough to actually think it wasn’t just words on a paper, or on a screen, which is more often the case in 2017.

So what’s true in this story: are the swedes in danger?

We most certainly are.

Are we subject to imminent attacks by terrorists?

Have there been ANY terrorist attacks in Sweden; recently?

To this date, I haven’t seen anyone mentioning the swedish Gorilla. Even our former prime minister Carl Bildt (the one concerned on Twitter about POTUS’s smoking habits) is trying to convince himself and the world that Sweden has not been the subject of terror since the bombing of the german embassy by Baader-Meinhof in 1975. While the Gorilla walks through the room he is being questioned by the elite of the non-elite in the comments on Twitter.

Truth is, we’ve actually had not one, but THREE acts of terror in Sweden, counting from the end of 2016 to january 2017 alone. All three happened in the nicest city in the world (yes, we just won that contest), and my home town, Gothenburg. Unlike the ISIS-bombing in Stockholm some years ago, there was a seriously wounded and of course totally innocent victim. Of course Gothenburg is the place for terror to happen: for a period of time we were known not only as the nicest place in the world before Stockholm, but also as a place producing a staggering amount of ISIS-warriors. They have never bombed anything in Gothenburg though and seemed more interested in travels and meeting equals. Neither are they the invisible Gorilla.

True: the jihadists did try to conspire to murder our famous swedish sculptor/artist (the one who drew Mohamed as a dog in a roundabout) but hey, anyone remotely interested in culture in Sweden wanted that guys head on a plate; it was important, not for ethical reasons, but for aesthetical reasons. Swedish artists are very concerned not to be confused with popular trends, and Lars Vilks was really trending after that fatwa. He’s not The Gorilla though, and our system have been working overtime to make sure extreme jihadists are kept by their computers and punished for their crimes.

So. I’ll tell you who The Gorilla is: It’s the only terrorists who actually have constructed and set off bombs that really hurt a human target worth the effort (a janitor at a refugee camp, those guys are just the worst, right?).

Nazis. The only ones that care enough for their country to actually burn it to the ground and place out bombs to eradicate what they perceive to be the “enemy within”; homosexuals, lefties, social democrats, rumanian beggers, refugees…

Nazis are the true menace of our naive, white little swedish society. Because Nazis do not count. They are a gorilla that walks unnoticed through any room. Most swedish people CAN not consider any of the nazi’s acts of terror as anything but pranks.

Why is this? I’ll tell you why:

Because the narrative of Sweden is We Do Not Have Any Nazis, or racists, and the ones that claim to believe in their ideology are just sad and neglected youths in lack of parental guidance. No Nazis. End of story. See, we didn’t colonize the world like the USA (well, we did, but just an itsy-bitsy tiny part of it that nobody cared for anyways); hence we didn’t develop racism (well, we DID compete with the germans in nationalistic romantic poetry and homo erotic stories about vikings at the end of the 19:th century, plus we started the worlds first “scientific” racist faculty in the beginning of the next, but Christ – that was only for fun) and therefore we did NOT – I can not stress this enough – we DID NOT have any nazis in Sweden during WW2.

Problem is we did though. Problem is we had quite a few, and that they actually had a profound impact on the WW2 politics of our society. But when the war was won – no more nazis! It was not like anyone was killed in Sweden during WW2, so why bother with living in the past?

So the years went by and Sweden had it’s fare share of invisible nazis in loads of different nazi groups that were related to one another in any ridiculous way, but no one noticed. We had this project see, building a democratic home based losely on socialist principles. This enraged the nazis and one by one they grew stronger. When the first “wave” of immigrants arrived (more like a small trickle of extra hands for the industry), they started applying the jew & gipsy agenda on them. People were a bit scared of men with black hair, but it wasn’t enough. They did not take anyones jobs and the women had just discovered that they didn’t belong to “their man” so some of them probably slept with the strangers inspite warnings. But it was a small and steady growth, and though the influx of people grew five times larger between 1945 and 1970, most of them were from northern countries. Still, it was a bit of a strain as finnish people were renowned to always pack a knife. Shootings were not rare at all in the 70’s but sentences where very low and everyone understood that violence where results of some faults in the system.

The nazis made up for the lack of proper antagonists with fierce propaganda, but in those days you really had to be a hard core racist by birth not to notice the discrepancies between the local nazi leaflet and reality.

In the 80’s something happened. The nazis grew. But they were still looked upon as confused boys who lacked fatherly figures (not counting Adolf of course, or the very simple and comfortable nazi ideology), was patted on the back and given their own place at “Fryshuset” where they played dart with our king and created heavy racist metal in a studio (encouraged to pursue their interest in swedish history). In the 80’s Sweden did have quite a substantial amount of immigrants with black hair and different culture. After trying a variety of different perspectives on the lame swedes, something was breaking through the invisible screen and nazi slogans ended up in everyman’s speeches. In 1986, fascist groups had a rave as socialist prime minister Palme was shot. He was Nazi enemy number 1 with his relentless lefty opposition of apartheid and the war in Vietnam. In 1988, neo-nazis, White Supremacy leaders and a former swedish SS-officer who had been working directly under Himmler in the Berlin HQ in the early to mid 1940’s, Gustaf Ekström, the nazis turned the more widely appreciated BSS into Sverige Demokraterna – SD – the Sweden Democrats. They grew strong in the places where the nazis had been big during WW2. They started out on the streets with a couple of hundred protesters wearing swastikas, shouting Heil Hitler, but was soon recommended by another famous old nazi to focus on more common and varied issues. Timing was perfect. 1990’s started off with a magnificent financial crisis that skyrocketed the rent on mortgages to 500% over night, combined with a large quantity of foreigners fleeing the collapsed former Yugoslavia. In 2017, we have had another huge financial crisis in combination with a large influx of refugees, society have been transformed with extremely unpopular models, like public schools aiming for private profit that can (and have actually in more than one case) go bankrupt.

The nazi hybrid SD learned their lesson through the 90’s and started dressing up in smart shirts and jackets (keeping the jeans) and even in some cases allowing their hair to grow a bit longer. Though they know “speak a language that the man on the street understands”, constant connections are being made between SD and more radical nazi and fascist groups, yet scandals do not apply in the same way as to normal electors, SD voters are more “believers” than pernickety ones. Today SD have about 20% of the peoples vote and will probably get more in the election in 2018. As the other parties has shrunk, they actually stand a real chance to become Swedens largest party in 2018. These are the most romanced and spoiled people in Sweden, demanding all and willing to give nothing in return. Their ideology is on print: claiming the right to strip citizens of their citizenship through variables such as language, loyalty, culture and/or “identity”.

The parable between SD and the research with “The Gorilla in the room” on Youtube is almost perfect – with one major difference. In the video we see someone dressed up in a gorilla costume. But the nazis in SD are gorillas underneath.

It’s time to stop counting victories and losses on twitter, and start counting gorillas dressed up as politicians.

Peter Mangs, killed two and tried to assassinate four others. Father living in the US, White Supremacy being Peter’s main motive. Sentenced to life in prison 2013.

Jon Ausonius, killed one and shot eleven between 1991-92, motive White Supremacy, racial issues. Traveled extensively, South Africa being one destination and have been suspected of a murder in Germany.

Robert Vesterlund (left SD in 1996), Jimmy Niklasson, Hampus Hellekant and Björn Lindberg-Hernlund. Suspected of the shooting/execution of union worker Björn Söderberg in 1999. Hampus, Jimmy and Björn sentenced. All murderers has served their sentences and been released. Hampus released in 2007 and still tracking down socialists.

Jihadist terrorists (which ought to be the correct title) in Sweden:

Taimour Abdulwahab. Set of a car bomb that totalled the car and then blew himself up next to a busy street in Stockholm 2010. Mother from Romania, father from Iraq, lived in Luton, England, at that time the poorest place in Britain. Two people with minor injuries. 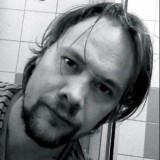